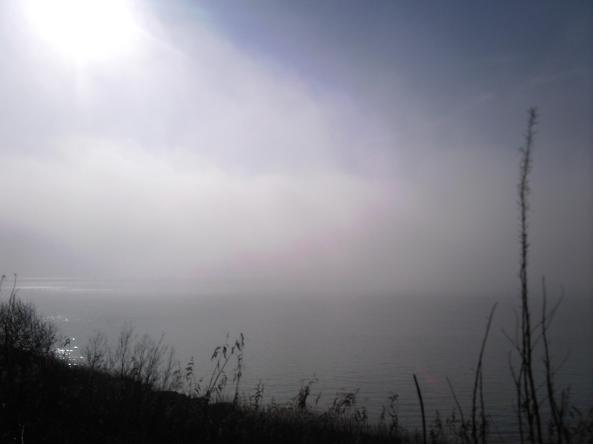 It was eerily quiet down on the estuary this morning; visibility was low with a curtain of early-morning mist struggling to maintain its grip in the face of the merest breath of a south-westerly, wave after wave of gossamer obliterating everything. The temperature hovered a couple of degrees above freezing and it was the sort of damp-cold that seems to penetrate through to your very bones, a cold that keeps most people indoors and, work permitting, in bed.

But in weather such as this there is precious time alone, perfect peace in which to think and plan. The idea for the book came to me on just such a walk, the story growing and gaining substance each time I set out to walk the cliff-top path.

This morning the tide was fairly high, with the river perhaps in the first sixth of the ebb, just beginning to show the very edge of the flats. With not another soul around to disturb my peace, I could hear a curlew somewhere out in the mist and just down where a brook runs through the farm fields to join the river, a pair of Dunlin scurried out of my way. There is a large patch of reeds where I fancied that I caught sight of Teal or Widgeon but I can’t be sure – and I am no naturalist anyway. But I do love it down there, especially when the weather is wet or cold and the faint-hearted stay warm abed.

I stopped halfway through my walk to sit on an old log, take my flask from my pack and enjoy a hot cup of coffee. I was warming my hands on the mug when I saw her, just an outline in the fog at first, her hull low on the water. She was about twenty-seven feet, not counting her bowsprit, a gaff-rigged cutter, tan sails limp and wet, hull barely moving the water but to me she was beautiful.

She’s an ex-shrimper, wide in the beam with a shallow draft, ideal for mooching around in rivers and coastal waters. Converted in the 1970’s with a four-berth cabin added and a low coach roof she still has a powerful engine and I know (she’s a local boat) that her owner and his wife still take her out beyond the bar and up the coast for a bit of dredging for shrimp in the season.

She was struggling to make it back to her berth under sail with the tide turning against her, but her owners were obviously unwilling to spoil the peace of the morning by starting her engine. I sat for a few moments after I had finished my coffee, and the boat had drifted back into the mist, and watched a heron dip her head and pull out a wriggling half-pound of silver that she struggled to swallow – but she seemed pleased with herself once she had got it down.

I moved on then, carried on toward the path that skirts the lighthouse and takes me back to my car. I had just reached the start of the path when from up river, where it narrows in a bottleneck and the tide is at its most fierce, I heard the cough of a diesel as it fired into life.

Back at my car, I still had energy left over so I broke my journey home for a stroll along the canal towpath. There are several narrow boats here that have people living onboard all year round. A Narrow boat can be seventy feet long but they are usually only six feet-six inches wide so they are sort of cosy. Still, bright paintwork with decorated buckets and brass and copper jugs perched on the cabin roof make for a cheerful and welcoming sight.

In one of the boats, and there are about three that are lived in, I could see through the cabin window a guy sat at the tiny dining table with his laptop, pounding away at the keys, books open around him. It could have just been someone working from home but I know that in one of the boats lives a chap who is a writer and poet in residence for a local borough council. It’s a terribly grand title but it just means that he does the odd thing for the council as well as visiting local writing groups at the various libraries. The job brings in any expenses he incurs but he will never make a living at it – still, I envy him for some reason.

Perhaps I am just getting restless; maybe I need some time away. I don’t want to go to France and the usual cottage in Scotland doesn’t appeal. I think I need to do something a bit more adventurous, a bit more demanding. Now, a tent in the rain alongside the river Etive in the Great Glen or maybe at the foot of Suilven with the freedom to roam – that does appeal. 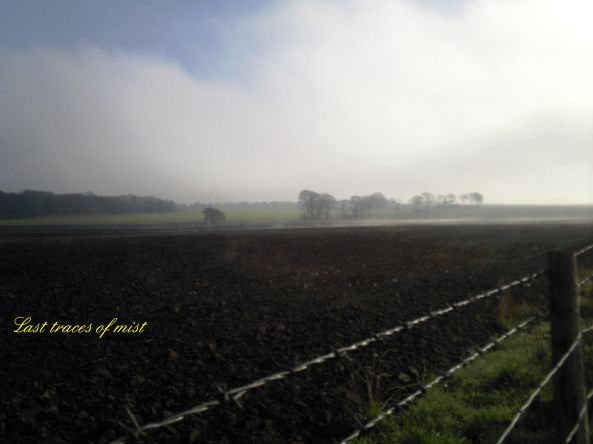 However, sitting here at my desk, about to carry on with my book, I’m happy enough. There is a feeling now that I am starting to get somewhere. A feeling that I have finally parted with procrastination and that my life is moving again toward the goals that I have set myself.

I have decided to keep a journal now as well as my blog so that I may better chart my progress as the book develops and grows. To help me on my way I bought a small recorder (Dictaphone?)  that is more … Continue reading →